You are here: Home / Uncategorized / Valley over conserves water for 2019 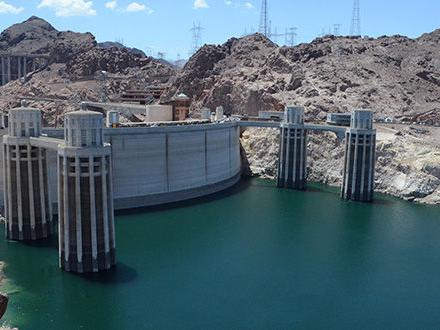 EL CENTRO — Imperial Irrigation District Water Manager Tina Shields presented before the board and the empty auditorium the 2019 provisional water conservation accounting update at the Tuesday, April 21, regular meeting. With COVID-19 provisions in place, only staff and directors attend the meeting, but the district provides viewing through its website.

According to Shields, IID met all of its water transfer obligations to Metropolitan Water District of Southern California, the San Diego County Water Authority, and to the Coachella Valley Water District through conservation. The conservation included system efficiencies such as canal lining, fallowing, and on-farm savings.

The total conserved water generated 490,660 acre-feet. After IID’s water obligations were met for the other water districts, it put 1,579 acre-feet into Lake Mead for storage purposes, and 46,546 acre-feet into the Salton Sea for mitigation purposes.

Because IID was not a signatory to the Drought Contingency Plan between the Bureau of Reclamation and the seven basin states, no additional storage agreements were in place to store the 2019 excess conserved water of 41,826 acre-feet. According to Shields, MWD would be the recipient of any water not used in the Valley, but the late winter rains lowered calls for irrigation water, causing the under run and MWD did not have a chance to claim the excess. The water then shored up the elevation levels at Lake Mead, but without IID receiving credit.

The other factor in the under run were the Valley’s farmers exceeding expectations on water conservation and farm efficiencies. The total water conserved on-farm was 178,742 acre-feet. The farmers signed contracts with the district for $285 per conserved acre and are waiting for final payment.

Shields told the board the farmer contracts are based on methodology and estimates because there is no meter, but the final numbers are close to accurate. Because of waiting until the first of the year to add conserved totals of 2019, and “true-upping” the final numbers, farmers have not been fully compensated for their efforts.

“You have to weigh expediencies versus accuracies in when to pay. If we waited to get the final, final numbers, the checks wouldn’t be written for years but would be extremely accurate,” Shields said.

Brawley Farmer Jimmy Abatti suggested — via phone — to have contracts with obligations so the farmers know how much to conserve and could budget on their conservation investments.

Director Jim Hanks said it was important to pay the farmers sooner than later.

“With the coronavirus, we have a whole new ball game. No produce is going to restaurants in the same volume. Crops are being lost; they are not being harvested but plowed in. I wouldn’t be surprised if some family farms are in jeopardy. Come the next planting they won’t have money to farm. The supply for our Country could be in serious trouble,” Hanks said.

He added IID needs to do everything they can to help get the money to the farmer, which then is distributed throughout the community.

“These dollars keep farm workers employed and equipment repaired. How quickly can we move? It doesn’t have to be right to the dollar. They did their part, water was conserved,” Hanks said.

The northend director reminded everyone schools have closed across the Country and dairies are dumping their milk. As dairies and feedlots decrease their numbers, Valley alfalfa sales are affected, and it becomes a vicious cycle.

“Designate people to take care of the money going to the farmers,” Hank said.